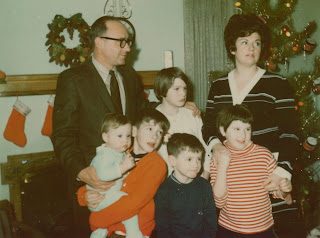 It was a glorious month for movies.  I would say the highlight was "The River" by Jean Renoir.  I've been wanting to see this movie for a very long time, and my mother-in-law gave it to Mulan for her 12th birthday.  We all watched it together as a family, and then we watched all the wonderous extras on the DVD.  Then, on Thanksgiving, we all watched it again along with our dinner guests.  Our friends also have a 12 year-old daughter and I think this film was just the perfect after-dinner experience.  One of the all-time great coming-of-age movies.  It's like watching an epic poem.

I'ld say the next standout movie of the month, for me, was "Bridesmaids." I'm embarrassed I hadn't seen it before.  I know so many of the people in that movie - not really well, but I know them from the comedy world - and specifically through the Groundlings.  I had no idea it was so good.  Kristin Wiig is a master - funny, painfully poignantly funny.  She's the female Bill Murray of our time.  The script was so precise and loose at the same time - just the right combination for maximum laughs.  And the actors - the actors!   This film is my top favorite of all those Apatow-annointed comedies.   This film and "Forgetting Sarah Marshall" are my favorites.  (Well, and "Forty Year Old Virgin.")  It's so satisfying to see a comedy hit a home run.  I think it's the hardest thing in the world to do.  Great script, hilarious women, really damn funny.  I was so astounded - just blown away - that I watched it again immediately!  Maya Rudolph was so good too, and Melissa McCarthy is so versitile and her timing is impeccable.

I loved "Hugo." I cried for fully the last half of the movie.  I'm so happy Scorcese made this movie.  It's absolutely in my top ten of the year.  The best use of 3D that I've ever seen, maybe with the exception (or inclusion) of Zemeckis  "A Christmas Carol" (2009.)

What else really grabbed me???  Oh, oh, oh! "I Am Love" was soooo great. That's another one I watched twice. I also watched all the extras on the DVD.  Lots of great interviews with the entire cast.  Tilda Swinton is such an astonishingly good actress.  It's a fantastic part for her.

"The Goddess" I'd seen a long, long time ago.  I forgot what an amazing actress Kim Stanley was.  A really haunting movie about Hollywood actresses.  Some fantastic performances...

Now, on to books.  I've been reading many motherhood oriented books while I write my book about motherhood. It's been very enjoyable and enlightening.

I've obviously been concentrating on books under the theme of "mother" since I'm finishing up writing my book.  I loved the Blaffer Hrdy books - both of them are very good.  But the book which really rocked my world was The Price of Motherhood.  That book had a great and deep impact, along the lines of when I read Robert Wright's "The Moral Animal."  This book yanked me out of my world and my cynical and uninformed views of motherhood.  Ha - I know, big statement, but seriously, it did.  It's hard to paraphrase the ideas in this book without using cliches and hacky sound bites.   In fact, one of the reasons that parenting - mothering in particular - is so discounted in our culture is because it is over-the-top elevated with platitudes and pandering.  For example, I want to write that after reading this book I realized that raising a child is the most important job in the world, but that sounds like we've heard it a million times and now we're supposed to look over to that sweatered, mild, sweetly smiling woman in the corner and gaze at her admirably for just long enough to feel good about ourselves before we rush off to do some "real" work that actually means something, earns something, and gets some respect.

I think I lazily fell into a typical mindset of feeling two opposite things: that women who stay home with their children can't "do" anything really,  and that women who work don't "care enough" to stay home with their children.  Of course, now that I've written that down I am mortified - and I protest, I didn't think that!  Okay, maybe a little bit.  But after reading this book I have such compassion for all women out there - in the trenches.  Also, I realize that my desire to be at home with my kid as well has have a thriving career is what pretty much every woman wants. Idealizing women who stay home with their kids while at the same time allowing our government to discount, overtax, and fail to help support our children is ridiculous at best and sinister at worst.  I found a great website that is active in promoting laws that help mothers and children called: www.momsrising.org

I'm still digesting everything I've read in all three of these mother books, so I won't go on here.  More in the book!

Now, I read Joan Didion's book, "Blue Nights" and it is extremely well written, and interesting.  But I have to admit that Joan often leaves me impressed, but... cold.  I felt compassion for her situation, and I learned a lot about her daughter, but I have to say, there's no -- well.... not "no there there" but god, I hate to write this but... "no heart there."  Sorta. Kinda.  God, I feel guilty writing that.  Let me concentrate on what I did like - beautiful prose, sparse and elaborate at the same time.  Astonishing writer, Didion.

I have included a book I just finished, so that's cheating, but I have to!  I loved this book so much.  Merrill Markoe wrote another hilarious book, "Cool, Calm and Contentious."  There are so many great essays in this book.  One has the name "Jack Kerouac" in the title and I laughed so hard the book flew out of my hands and my family made faces at me because I was disrupting our reading time.  The stuff about her mother is chilling and funny and insightful.  The chapter called "Bobby" about her relationship with David Letterman - or rather, about what she's had to go through after her relationship and partnership with Dave Letterman, is so funny and awful and gets her point across without being harsh or mean.  That is a difficult line to walk, and she does it.  Did I mention it's funny.  It's fucking hilarious.  Luckily Merrill is a friend of mine so I could tell her all these things.  Some of the essays are so funny they should be in collections of the funniest essays of all.  Merrill should be writing for the New Yorker. GET THIS BOOK.

Okay.  I have to go.  I'm writing away.  I have my last workshop this Saturday and it's going to be a "Best of" so I'm psyched about it.  Then the holidays will engulf me.  I probably won't have read five books in December, in fact, I'll probably be lucky to get through one!